Taking the steps from expert to authority to influencer is a tough road to navigate, but it can be a bold path to solid success.

Deep down, experts are people who know how to do their job well.

It’s not that subject matter experts don’t have their place, but an SME that is an authority pushes it a step further. By sharing solutions and ideas within their industry they become a trusted source.

Anyone can call themselves an ‘expert.’ An expert often has several degrees or may have years of experience. But the title of authority is given to an expert by others in their respective field or industry. It’s not a title that they assign to themselves.

As an authority, an expert has a broader reach. They’ve carefully created a brand surrounding their own unique POV. They write books and produce podcasts and explain what their POV is and why it can help others succeed.

What Makes a Subject Matter Expert an Authority?

First, we have to understand what makes a person an expert.

Experts reach authority when they engage and interact with people, not just with ledgers or screens, but through multiple mediums with authenticity and sincerity about what they can do for their prospects.

What Makes an Authority an Influencer?

An authority becomes an influencer when they take every opportunity to educate others. In essence, influencers are teachers.

It’s not enough to simply say “I’m an expert.” Claiming to be an authority on a specific subject or trying to convince others that they’re a bona fide authority is futile.

Because they understand, their competitors will say and do the same. What element of inspiration would they tap into if they chose to say what’s already been said?

To stand apart from competitors, influencers advocate for the success of their clients and prospects.

An influencer aspires to share their own experiences, ideas, and thoughts in a way that helps others see success.

To understand what this means in the context of everyday life: Let’s say you’re at a party or a conference. Inevitably, the question arises, “what do you do?” An expert, and even an authority, may say, “I’m a Senior Data Analyst. “

But an influencer will respond differently.

They’ll say: “I help people make better business decisions by analyzing their most valuable asset, their data. I also happen to be good at it.”

You can practically hear the difference scream across the page.

When an authority or expert leads with “I am” when asked what they do, they’re too busy comparing themselves with their competitors in their industry. In their minds, they’re trying to convince themselves, as well as the person they’re talking to, of their value and their worth as an authority.

Why do experts insist on convincing others, and maybe themselves, that they’re an authority when they’re not comfortable with it?

Influencers don’t convince others of their expertise. They don’t need to call themselves experts to eliminate the competition.

They don’t need to call themselves ‘experts’ to gain attention.

Instead, they position themselves as educators and advocates for the success of their clients and prospects.

Influencers don’t spend time and effort trying to convince others why they’re the best or why they’re experts.

They don’t point to their decades of experience and say, “See, I must be an expert.”

Influencers understand that they don’t give themselves the title; it’s a title given to them by others.

The Career of an Influencer

Her beginnings were as far from the culinary world as one could get for a world-renowned American cookbook author and host.  She has no culinary degree and has never worked as a chef, let alone worked in a restaurant.

We’re talking about a girl who got her start working for the Feds. Yup, that’s right. She was a budget analyst on nuclear energy policy and served under both the Carter and Ford administrations.

So, how does one go from crunching numbers for two federal administrations to a Food Network star and rightful influencer?

She simply had a passion and knowledge of home entertaining and culinary arts and seized the opportunity when it seemed right.

Wanting to make a career change, she found her opportunity in a 400 square-foot specialty food shop for sale in the Hamptons.

With no experience as a chef or a business owner, Ina took her chance. She successfully ran the Hampton store known as the Barefoot Contessa for two decades and expanded the store to over 3,000 square feet.

As 1999 approached, Ina was ready for a new challenge. Under Ina’s careful and loving guidance for twenty years, the Barefoot Contessa shop had been reinvented and quickly became popular. It was then she decided to write her first cookbook, The Barefoot Contessa Cookbook.

As book sales climbed, it became the crossover event for Ina Garten. It became the number one best-selling cookbook of 1999. She was now officially an authority on cooking and entertaining.

And the more attention the cookbook received, the more noteworthy Garten became as an authority.

She was asked to consult with O, the Oprah Magazine, on entertaining, cooking, and party planning. She was also asked to write about entertaining for Good Housekeeping as a guest columnist.

Somewhere along the uncharted path of her career, she crossed over again as an influencer.

Not once has she ever claimed to be an authority or an expert in culinary arts, or cookbook authorship.

Yet, editors clamored for her opinions and expertise within the pages of their glossy magazines.

Eleven cookbooks later and a popular Food Network show appropriately named The Barefoot Contessa, nominated for a daytime Emmy in 2005, Ina has never had to convince anyone that she is an expert or an authority.

And even though she lost the Emmy nomination to Bobby Flay, she chose not to give up.

She didn’t stop to ask herself, “What’s Martha doing that I’m not?” or “How can I emulate the ideas of Martha Stewart?”

But influencers are rarely intimidated by what their competitors do or say.

Eventually, she went on to win for Outstanding Lifestyle/Culinary Host two consecutive years in a row: 2009 and 2010.

She uses her unique style to embrace people who want to learn how she makes home entertaining and cooking look so easy, yet elegant.

And she is so willing to educate others as a food shop owner, as a cookbook author, and finally, as the host of a television show to do just that.

As an influencer, she not only has the trust of millions of chefs, cooks, and party planners who love to entertain, she also has the power to sway their buying decisions.

They choose to buy her books because they trust her to help them recreate the success she demonstrates so effortlessly time and again.

And she’s not above advocating for home chefs by teaching them how to bring their natural best to the kitchen and the table every day.

Now, how fabulous is that?

Living the Life of an Influencer

Either way, influencers live their brands. It’s not just about using the product they’re asked to represent but more about reflecting the brand’s vision to their potential prospects or followers.

True influencers find their niche and learn everything they can about their target market. The smart ones also know when to ask for help.

When Ina Garten signed a contract to host a show on the Food Network, she reached out to the London producers of Nigella Lawson’s show. Essentially, she wanted the same vibe but a show that would represent her lifestyle and entertaining brand to attract an American audience based on the at-home entertaining she has been doing for decades with her closest friends.

She found a niche and never looked back.

For many influencers, the job of an Influencer entails research, studying market techniques, learning the elements of storytelling, and even developing best practices for their target audience.

The best definition of an Influencer is someone who takes its concept and uses it to sway the decision of others and not just about the decisions they make with their wallet.

There is no right or wrong way to move from expert to authority, and then influencer, no definitive charted path to follow.

It’s a constant work in progress. It’s passion in motion.

And there’s no guarantee you’ll get paid for it, at least not initially. But we can guarantee that it will be a path uniquely your own. 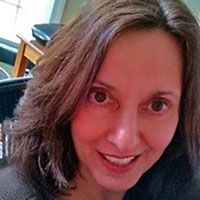 Sylvia Burleigh, a content marketing writer with a degree in English has 20 years experience as a technical and content writer for companies, such as IBM, AT&T and Elsevier.  Her clients include employment lawyers, digital marketers, HR consultants, dentists and small business owners.