During my daily 45-minute commute to and from work, I normally use the down time to listen to business-related CD books. I am currently listening to Warren Buffet Speaks, an entertaining collection of notes and quotes from the world’s greatest investor, and the following passage (paraphrasing) really struck a chord:

Every other year, Buffett and some old friends go to Pebble Beach to play golf. In the 1980s, Jack Byrne, who had taken over GEICO, proposed a side bet among the players. If someone put up $10, then made a hole-in-one during that weekend, Byrne would pay that person $10,000. Everyone else put up the $10. Buffett thought it over for a few seconds and decided he wouldn’t fork over the $10. The odds were just not good enough and he didn’t want to make a foolish investment.

Now, most people would put up the $10 bucks just for fun, and not make a big deal if they lost them. On the other hand Buffett, a multi-billionaire, understands the value of discipline and consistency: making that seemingly innocuous bet would have flown in the face of his convictions and believes.

Just as past behavior is the best predictor of future performance, the small habits we develop, and how we handle the little things are powerful indicators of how we’ll handle larger, more important situations. For example: 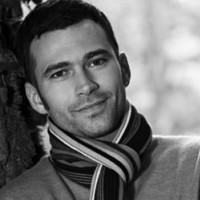 Brian Jackson is the former owner of Shoestring Branding, a marketing and branding blog for entrepreneurs, with an emphasis on internet-based tools and strategies. It was recently acquired by BrandBlast.com